A 400-years-old palace in Udaipur is the precious new addition to the list of palaces transformed into heritage hotels by the Indian Hotels Company Limited, a subsidiary of the Tata group. The palace, a gem of traditional Rajput architecture named after Mewar’s ruler, Maharana Fateh Singh (reign from 1884 to 1930), is now called Taj Fateh Prakash Palace.

Mumbai-based studio, Beyondesign, designed the logo for the palace, drawing inspiration from the striking architectural elements, including a prominent jharokha form and a detailed floral mosaic. The logo also picks up elements from the original palace logo, which displayed a rising sun, a tikka and a royal necklace, all key characteristics of the traditional Rajput aesthetic. Visual elements like spikes from the battle helmet and crossed swords impress upon the valour of the Rajputs and signify the centuries old identity of the palace. 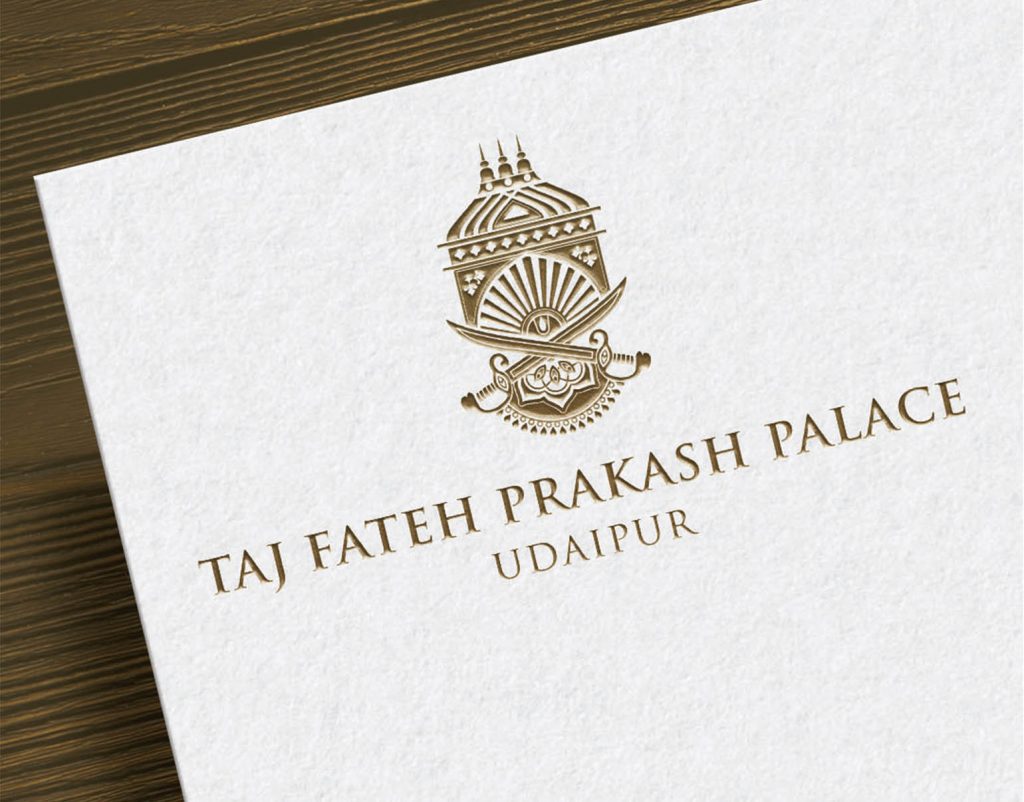